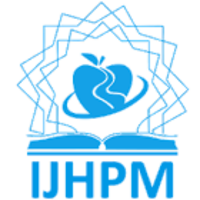 Historically, health security has been one of the most critical aspects of human needs. Several important periods of human life have been threatened by infectious diseases epidemics and pandemics, e.g., imposing quarantine against the plague crisis in the 14th century, and the Ebola outbreak in West Africa in 2014. Since December 2019, the ongoing COVID-19 pandemic has led to over 617 million confirmed cases and 6.5 million recorded deaths globally. Therefore, once again, the weaknesses and strengths of the global health structures in dealing with health crises have been revealed.

The COVID-19 pandemic has crystalized how far-reaching epidemics can impose financial and economic burdens on societies, while people in low and middle-income countries (LMICs) might become more vulnerable compared with residents in high-income countries (HICs) during crises. Most countries, particularly high-income settings, had initially taken a more nationalistic than a global approach to combat the crisis, which led to failed attempts to achieve global solidarity and inadequate effective interventions to timely terminate the pandemic. The semantic differences in terms of health security across countries, especially in the realm of health-related policymaking, have compromised global success in dealing with crises. Patriotic actions and prioritizing nationalism over global solidarity by industrialized nations, mainly to protect their citizens, have compromised health security and global success against external threats such as bioterrorism and infectious epidemics. Let alone, many LMICs are still mostly concentrated on expanding healthcare services, rather than nurturing health into upstream policymaking, which is essential to deal with the complex threats to citizens’ well-being in the 21st century.